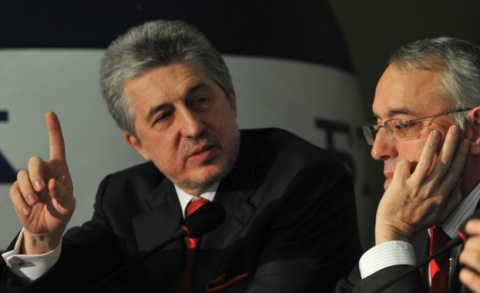 The mysterious person from the scandalous taped recording, implicating publisher of Trud and 24 Hours dailies Lyubomir Pavlov, in trading in influence, has been identified.

The news was reported by the Bulgarian Telegraph daily citing their own sources from the investigation speaking off-the-record.

These sources revealed that the person with whom Pavlov is heart talking in the recording is a businessman, and a friend of the publisher.

The investigation launched a probe of the authenticity of the tape, and the man went to them on his own will. He is identified as Lyubomir Lyubenov.

Lyubenov has firmly denied making the tape, but offered additional alarming information such as Pavlov having a mole in the investigation, reporting to him everything. After charges were pressed the said informer had been removed from his post, again according to Lyubenov.

Media tycoon Lyubomir Pavlov and his partner Ognyan Donev, one of the wealthiest people in Bulgaria, were officially charged last week.

The two businessmen publish some of largest-circulating dailies in Bulgaria, mainly Trud (Labor) and 24 Chassa (24 Hours) while Pavlov is the chairman of the Union of Publishers in Bulgaria.

Two days later, the Sofia City Prosecutor's Office officially demanded that the assets of Donev and Pavlov be frozen.

The freezing of the two partners' assets is not expected to hamper the operations of Media Group Bulgaria Holding and the publishing of its high-circulation newspapers.