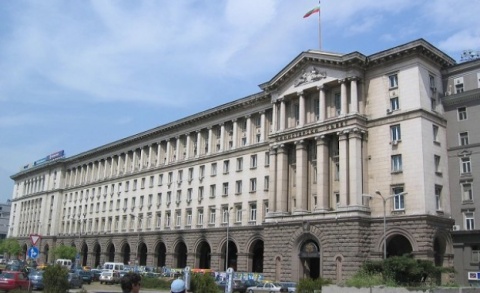 A meeting is held at the Bulgarian Council of Ministers building Tuesday in an attempt to iron out controversies stemming from the recently passed and then vetoed Forestry Act. File photo

The negotiations focused on the controversial Forestry Act between Bulgarian environmentalists, the business and those in power continue Tuesday, after reaching stalemate one day earlier.

The eco activists are also expected to issue a statement on their future actions.

Thousands of Bulgarian nature lovers and other citizens opposing the Forestry Act have been staging protest rallies in the area of the key intersection of Orlov Most (Eagles Bridge) in Sofia ever since last Wednesday evening. On Sunday they went to the location to plant flowers after being accused by Interior Minister, Tsvetan Tsvetanov, of destroying the nearby green areas in the central Borisova Gradina park.

The Forestry Act was passed by the Parliament during the day on Wednesday while on Saturday Bulgarian President, Rosen Pleveneliev issued a veto on all of its texts.

The Monday meeting between eco activists and Members of the Parliament from the ruling, center-right party Citizens for European Development of Bulgaria, GERB, and Agriculture Minister, Miroslav Naydenov, was held in the office of Prime Minister, Boyko Borisov.

The participants reached agreement on several key issues such as preserving and increasing forest areas in the country, banning uncontrolled felling in plots smaller than 20 hectares, and keeping the land used for the construction of ski facilities as State property.

The environmentalists, however, requested the introduction of an administrative fee for the temporary change of the status of use of the said land. In this case, the investor must also pay a fee for ceded construction rights after winning a public bid.

Filip Tsanov from the "Nature for People and Regions" coalition – a staunch supporter of the amendments and the new Act, firmly opposed the proposal, saying this would be similar to purchasing an apartment that must be returned back for free after 30 years.

The negotiations are continuing Tuesday with the added participation of representatives of the National Association of Municipalities in Bulgaria.

GERB already vowed to return the Act for first reading again and not pass it into law until full consensus between all interested parties is reached.

Two counter protests of people backing the amendments to the Forestry Act were held in southwestern Bulgarian on Sunday and on Monday. The protests are widely-believed to be staged by The "Nature for People and Regions" coalition funded by notorious businessman Tseko Minev.