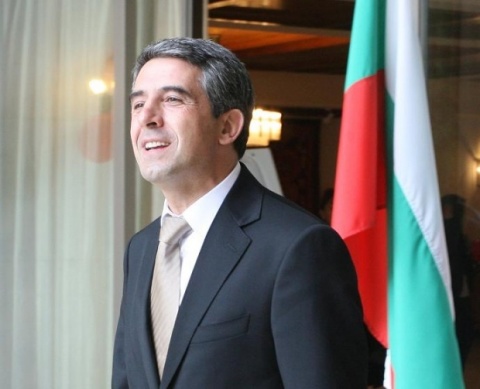 Bulgarian President Rosen Plevneliev has imposed his first veto on amendments to the Judiciary Act. Photo by BGNES

Bulgarian President Rosen Plevneliev has imposed a veto on a set of amendments to the Judiciary Act, according to a press statement issued by the President's Office on Friday.

Pursuant to Art. 101, para. 1 of the Constitution, the President is returning the Bill Amending and Supplementing the Judiciary Act passed on June 7, 2012 to Parliament for new debates and redrafting.

The presidential decree imposing the veto is dated June 14, 2012.

The presidential decree does not cover a provision allowing the current VSS members to appoint the next Chief Prosecutor.

Under the newly adopted amendments, the procedure for appointing Chairpersons of the Supreme Court of Cassation (VKS), the Supreme Administrative Court (VAS) and the Chief Prosecutor is to start 6 months before their terms in office expire.

Iskra Fidosova, Chair of the Parliamentary Legal Committee and MP of center-right ruling party GERB explained a few days ago that the administrative deadlines stipulated in the law do not allow the current VSS to appoint the new Chief Prosecutor.

The widespread debates about the possibility of the current VSS panel deciding on the next Chief Prosecutor led to the conclusion that the GERB government is seeking a convenient appointment.

The presidential veto does not involve the EC-recommended direct appointment of VSS members by all magistrates rather than by delegates.

The latest amendments to the Judiciary Act are said to provide for greater representation, with each voting delegate representing five judges or prosecutors instead of ten, as was the case earlier.

The European Commission has repeatedly insisted that the direct vote for VSS members should be introduced in 2012, prior to the expiration of the current panel's term in office in October, but the GERB Cabinet preferred to postpone the change to 2017.