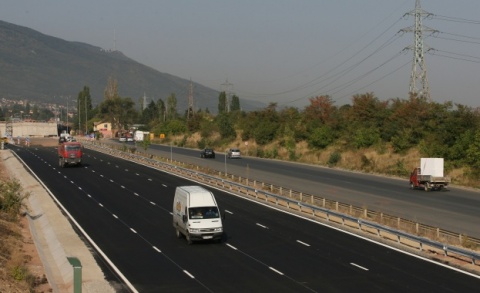 The new modern section of Sofia's beltway will significantly ease-up traffic in the area. File photo

A new repaired and modernized section of the beltway of Bulgaria's capital Sofia is opening for traffic Wednesday.

The section is on the southern loop from the Mladost district to the exit for the suburb of Simeonovo and is over 3.5 km-long. The repair works are valued at BGN 45 M.

The new route will significantly ease-up traffic in the area because it will take both local Sofia traffic and the one coming from the Trakiya and Hemus highways in the direction of southwestern Bulgaria.

The road has been refurbished with funding from the EU Regional Development operational program.

The section will be officially launched by Prime Minister, Boyko Borisov, Regional Minister, Lilyana Pavlova, and the Mayor of Sofia, Yordanka Fandakova.