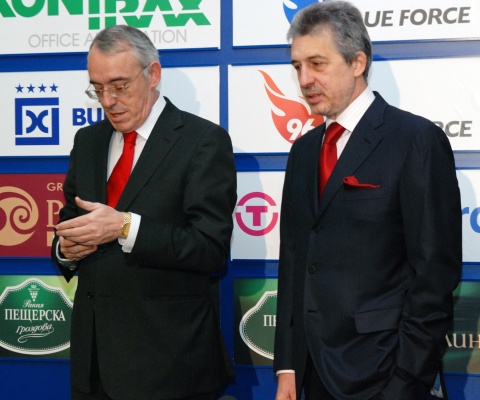 The publishers of a major Bulgarian press group, formerly owned by WAZ Mediengruppe, are to be charged with money laundering and tax evasion.

The prosecutor's office is expected to raise charges of money laundering and tax evasion against Lyubomir Pavlov and his partner Ognyan Donev, who have already been summoned by investigators, the Bulgarian National Radio reported.

Prosecutors, who were approached by their former partners Hristo Grozev and Austrian Karl Habsburg, have declined to confirm the report.

The allegations reportedly implicate Pavlov and Donev in a money laundering scheme, thanks to which they purchased by WAZ Mediengruppe assets in Bulgaria and staged a illegal corporate take-over of the newspapers.

The news comes just three days after a scandalous taped recording, implicating publisher of Trud and 24 Hours dailies and chairman of the Union of Publishers in Bulgaria Lyubomir Pavlov, in trading in influence, was published in Presa, a newspaper from the arch enemy group.

Presa newspaper is published by Tosho Toshev, who is also editor-in chief of the newspaper. Tosho Toshev was former editor-in-chief of Trud daily, which is now the strongest weapon in the hands of his enemies - Lyubomir Pavlov and Ognyan Donev.

In April last year Bulgaria's competition watchdog gave the green light to the acquisition of WAZ Mediengruppe assets in Bulgaria by Ognyan Donev and Lyubomir Pavlov even though they were accused of an attempted corporate mini-coup.