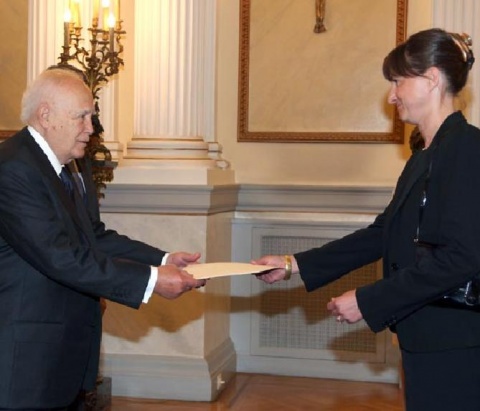 Kraleva is taking over, after Bulgaria's previous ambassador to Greece was recalled – together with some two dozens of other Bulgarian ambassadors around the world - over his collaboration with the former Bulgarian State Security (DS), the secret police and intelligence service of the communist.

Kraleva is a career diplomat, and has already been part of the staff of the Bulgarian Embassy in Athens for two terms.

"The successful overcoming of the crisis in Greece and the recovery of the Greek economy is extremely important not only for the Greek nation but also for Bulgaria," the new Bulgarian ambassador in Athens declared after presenting her credentials to President Papoulias, as cited by the press service of the Bulgarian Foreign Ministry.

"Bulgaria and Greece are closely connected economically, and have many joint interests in the EU," she added, stressing her readiness to stimulate all-out cooperation and friendly ties between the two neighboring countries.