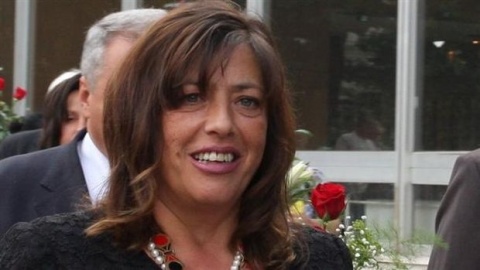 The Mayor of Pernik, Rositsa Yanakieva, announced the decision to declare an emergency situation in the city after the strong overnight earthquake. Photo by blagoevgrad.eu

Bulgaria's city of Pernik has declared emergency situation in the aftermath of the strong earthquake that hit western Bulgaria overnight.

The Mayor of Pernik, Rositsa Yanakieva, announced that the emergency headquarters have decided to call an emergency situation. The headquarters are meeting every 3 hours to assess the situation.

Mayors from nearby villages have reported no significant damage. About 30 people have visited local hospitals with slight injuries from falling masonry and chimneys.

Yanakieva further assured residents that the wall of the "Studena" dam is safe and undamaged and there is no danger of flooding, a rumor that further stirred panic in Pernik overnight. The Mayor says that the Head of the Water and Sewage Services in the city has personally checked the dam.

Schools and day care centers in Pernik are closed Tuesday.

Meanwhile, the State Railways Company BDZ Holding reports that all trains are running on schedule.

No casualties have been listed so far.