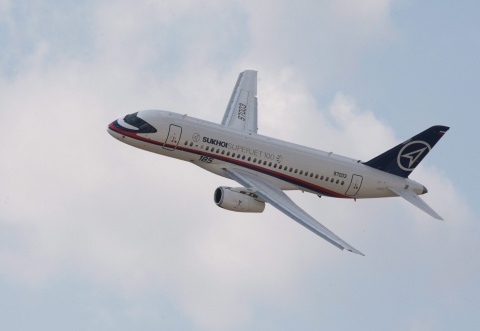 A Russian Sukhoi SuperJet 100 with 44 people on board disappeared from radar during a demonstration flight near Jakarta on Wednesday.

According to reports of RIA Novosti, the aircraft was carrying eight Russians and 36 foreign nationals, mostly representatives from major airline companies.

Indonesian authorities said that the aircraft may have been hijacked or crashed into a mountain in poor visibility.

The aircraft failed to return to the airport at the scheduled time following takeoff. By that time, the airplane should have burned up its fuel.

After it was cleared for descent the plane started turning right and descending but then disappeared from the radar screens at an altitude of 6,200 feet in a mountainous area, about 40 nautical miles from Jakarta airport.

A search operation has been initiated and will continue early on Thursday.