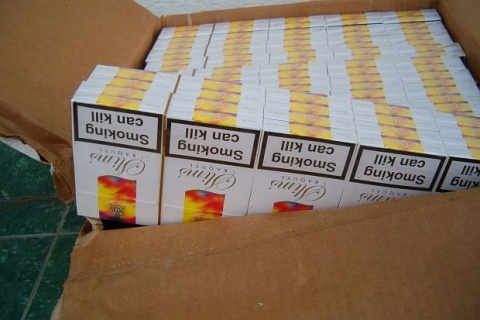 A record for a passenger car amount of contraband cigarettes have been busted at the Greek border by Bulgarian Customs agents. File photo by Customs Agency

The automobile "Volkswagen Passat" with a registration from the central city of Gabrovo had arrived from Athens, the press center of the Customs Agency reports.

The agents checked the car through the risk method analysis, despite the fact that the driver did not declare any excise goods, and found a special hidden compartment inside, containing a record amount of cigarettes for an automobile.

The driver is a Bulgarian man, 55, from the central mountain town of Troyan. Pre-trail proceedings have been launched, and the prosecutor's office in the city of Blagoevgrad has been notified.

The news is the latest in a series of successful busts of contraband items, coming in the aftermath of a special police operation codenamed "Customs," which was carried out by the police and the prosecutor's office.