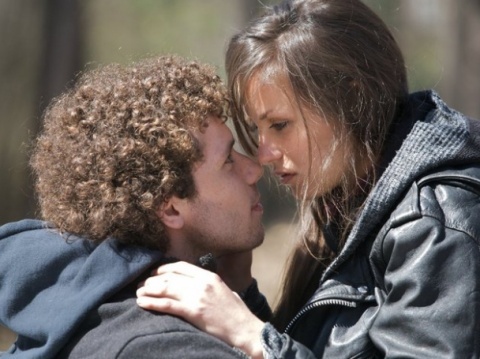 In "Tilt," young actors Yavor Baharoff and Radina Kardzhilova portray a version of the Romeo-and-Juliet tale set in post-Communist Bulgaria, immediately after the fall of the Berlin Wall. File photo

The film, which was Bulgaria's nomination for the Oscars in the foreign film category, did not make the final five cut, but remains one of the most popular foreign features at California's film fests. This is the second award, received in the course of one month, and the seventh film forum in California for "Tilt."

"Tilt", which marks the debut of director Viktor Chuchkov Jr. and producer Borislav Chuchkov, was screened on October 2 in Los Angeles to an audience of many local journalists and some members of the jury.

Following its hugely successful official premiere in Bulgaria on February 11, 2011, which sent it straight to the top of the box office list, the movie has already been screened at 11 international film festivals with eight more ahead. The list features the festivals in Santa Barbara, Gothenburg, Montreal, Singapore, Raindance (London), Woodstock.

It has received the Raindance "Best Debut Feature" award and the James Lyons award at Woodstock.

Just days after the latest California award, it was reported that the next project of the "Chuchkov Brothers" Co – "18% Gray" had won financing from the EU Media Program. The movie will be based on the bestselling novel of Bulgarian author, Zachary Karabashliev, who lives in the US. Karabashliev will be the screen writer of the movie as well.