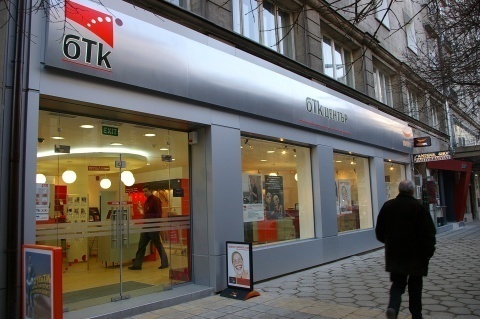 Vivacom - formerly known as the Bulgarian Telecommunications Company (BTC) - has gone through a number of controversial privatization deals. Photo by Sofia Photo Agency

The Turkish company has put in a bid of over EUR 870 M for a 94% stake in the company, which operates under the brand name Vivacom, Capital daily reported, citing well-informed sources.

The deal is expected to be concluded around the Easter holidays.

Turkcell announced its decision to make offer for a 93.99% stake in Vivacom at the beginning of March in a statement to Istanbul Stock Exchange, becoming the only strategic investor in the tender.

The amount of the bid was not disclosed.

Earlier reports said the Turkcell valued Vivacom at about USD 1.4 B, but the Turkish company described the potential bid amount in the media as "groundless".

Another three binding bids were submitted for Bulgaria's telecom Vivacom, but their amounts are not known either.

Morgan Stanley is advising Vivacom's creditors to help sell the company, the people familiar with the matter said.

The deadline for submitting binding bids, initially set at February 17, was extended by ten days at the request of Turkcell, who needed more time to take a definitive decision.

Earlier this year reports emerged that Telekom Austria AG, which already owns Mobiltel in Bulgaria, may be interested in Vivacom sale, but the information was eventually denied.

The nation of 7.7 million people has three mobile operators, which are foreign owned. Mobiltel is controlled by Telekom Austria, while Globul is the local unit of Greece's OTE.