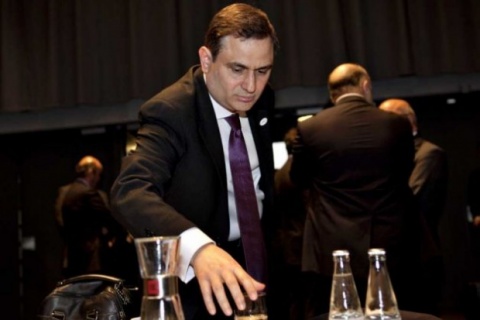 Wage reduction imposed on Greek people in the last two years as an austerity measure to tackle the debt crisis will not resolve the problems faced by Athens.

The statement was made by the Greek Finance Minister, Filippos Sachinidis, speaking in an interview for the private TV channel Mega.

Sachinidis stresses that bringing salaries in Greece down to the level of those in neighboring Bulgaria is not going to help his country, pointing out that "if the matter was so simple, Bulgaria would have resolved its own problems a long time ago."

Wages in Bulgaria are among the lowest in the EU, while in Greece salaries and retirement pensions were reduced in the last years by anywhere between 25% and 50%. The move is part of the austerity measures requested by the EU, the Central European Bank, and the International Monetary Fund, IMF, as a condition to grant Athens a bailout loan and help it avoid bankruptcy.

Filippos Sachinidis, a Canadian-born economist, was recently appointed at the post. He succeeded Evangelos Venizelos with whom he had worked closely as State Secretary at the Finance Ministry. Venizelos resigned after he was elected leader of the Socialist party PASOK.

In the interview, the Finance Minister reminds that Bulgaria is facing staggering unemployment and difficulties in attracting foreign investors despite the notoriously low wages. He gives as another example Spain, where wages are also lower than the ones in Greece, but the nearly 23% unemployment rate remains untamed and a huge problem.

"Lowering wages must be only considered as part of complex measures to reinstate competiveness," says Sachinidis.