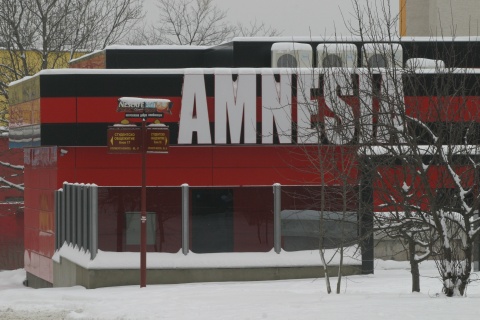 The disco-club "Amnesia" in Studnetski Grad – the scene of the murder of 20-years old Stoyan Baltov. Photo by Sofia Photo Agency

The Bulgarian government is going to close a number of night clubs and bars in the Sofia Studentski Grad (College Town) district.

Education Minister, Sergey Ignatov, cited by Standard daily, informs that his institution will direct colleges and universities to close those establishments for which the Ministry's audit found large-scale violations.

Currently, colleges manage 44 of a total of 191 such establishments in Studentski grad. Violations have been registered in most of them.

Ignatov says if the schools fail to comply, they will be sanctioned through the National Audit Office and the Agency for State Fiscal Control. He countered statements of college presidents that the night clubs generate 30% of the income of their schools, stressing it is just 2%.

"Either way income cannot be grounds to keep such places in an education environment," Ignatov pointed out, but added that the State will not be able to compensate the losses.

Curfew will be left to the discretion of each college president.

At the end of February, Mario Danchev, 19, a student from the Economy University in Sofia, was stabbed and killed in the dormitory where he lived.