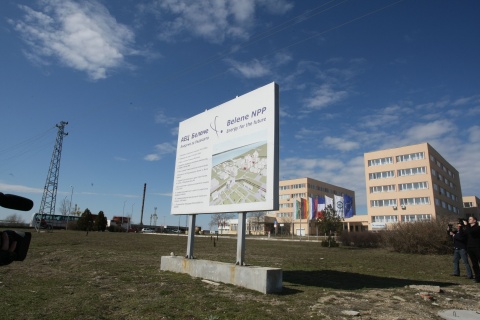 The Belene NPP project has been killed by the Bulgarian MPs. Photo by BGNES

Bulgaria's Parliament has adopted a decision to terminate the construction of the 2000 MW Belene nuclear power plant, a project conceived back in the 1980s.

After on Wednesday, the Bulgarian Prime Minister Boyko Borisov announced that the Cabinet was to end the deal with Russia's Atomstroyexport for the construction of the Belene project because it was "unfeasible" and too expensive, on Thursday, the Parliament followed suit.

The decision was backed not only by the ruling center-right party GERB but also by the increasingly marginalized right-wing opposition formations – the Union of Democratic Forces and the Democrats for Strong Bulgaria party, forming together the Blue Coalition.

MP Yanaki Stoilov from the Bulgarian Socialist Party declared that if the decision to kill the Belene project is adopted by the ruling majority, the Socialists will demand a no confidence vote and a referendum on the second NPP.

"I don't support the government's decision to terminate the construction of the Belene NPP. We cannot talk about any kind of development of the economy and technologies, or any kind of independence," he told the Parliament.