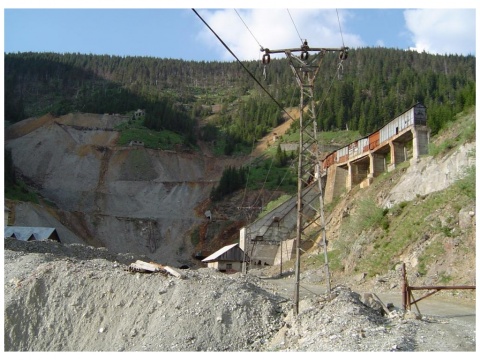 The largest Romanian copper mine Cupru Min. Photo by alba4all.ro

The Bulgarian company Ellatzite Med is striving to acquire the largest copper mine in Romania, Cupru Min SA Abrud.

The information is reported by the Romanian Adevarul.

The initial bidding price is set at EUR 60 M. Other interested candidates include companies from Canada, the Netherlands and Australia.

Bidding applications will be opened, checked and analyzed by March 26, 2012. After that date, Romania will announce the list of companies allowed to take part in the public tender.

The privatization of Cupru Min was requested by the International Monetary Fund. There have been two failed attempts in 2008 to privatize the mine.