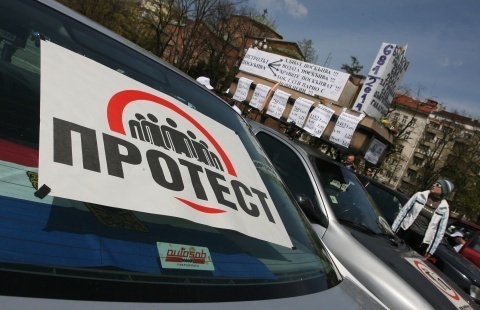 A wave of rallies against what protesters believe to be excessively high fuel prices have been taking place across Bulgaria for over a year already. File photo

The Commission for Protection of Competition launched the probe in the summer of 2011, encompassing Lukoil Bulgaria, Naftex Petrol, Rompetrol and OMV, 24 Hours daily reported, citing a document by the regulatory body that it has obtained.

The news comes as hundreds of Bulgarian drivers staged numerous rallies across the country to protest fuel prices. Local consumers say they are being over-charged by Russian-owned company Lukoil Bulgaria.

Under local competition law fines for cartel agreements should total up to 10% of the turnover of the companies involved during the previous year.