Bulgaria Presses Assad to Step Down at 'Friends of Syria' Meeting 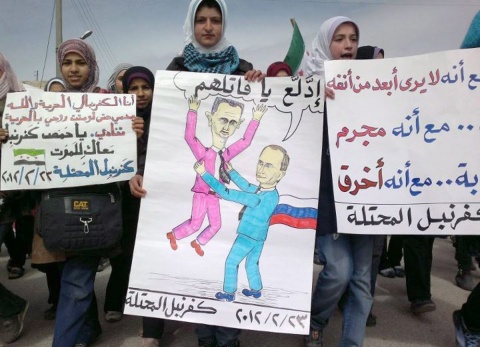 Bulgaria condemns the repression by the regime of Bashar Al-Assad and calls for the violence in the country to be stopped immediately, stated Bulgarian Foreign Affairs Minister Nikolay Mladenov Friday.

The Bulgarian top diplomat is in Tunis, where an international "Friends of Syria" meeting is taking place, featuring representatives of opposition against long-serving Syrian President Bashar Al-Assad.

"We call for the withdrawal of President Assad from power, for the formation of a government of national unity and for the scheduling of free elections in Syria," said Mladenov in a statement ahead of the conference.

"We will ask the "Friends of Syria" group to take a clear position that unilateral attempts to change the political system that masquerade as reforms are insufficient and intended only as clinging to power, along with continued repression by Assad against his own people," added he.

Mladenov further declared that Bulgaria "considers the Syrian National Council to be the sole legitimate representative of Syrian citizens who want change."

Representatives of other countries participating in the "Friends of Syria" in the capital of Tunisia are also expected to recognize the Syrian National Council.

The conference has also decided to ask the Assad regime to allow a number of humanitarian corridors to supply aid to several violence-stricken Syrian cities.

In the while, Former UN Secretary General Kofi Annan, has been appointed by the UN and the Arab League as a special envoy to Syria.