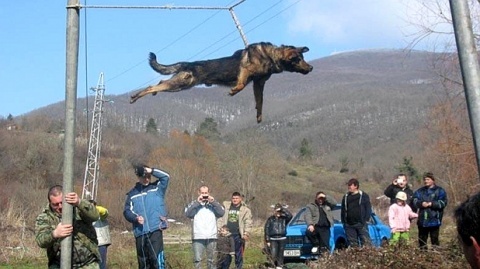 The Bulgarian "Animal Rescue Sofia" NGO has announced it would organize a visit to Brodilovo, the southeastern Bulgarian village in which the controversial "dog spinning" ritual is practiced.

"Animal Rescue Sofia" has launched a Facebook campaign that gathers activists who aim at stopping the ritual. According to dnevnik.bg, this year's "dog spinning" has been planned for February 25, even though it has been banned by the Mayor of the Tsarevo municipality.

The activists are to meet at 8 am local time in Brodilovo on February 25. The organizers have called for all participants not to engage in conflicts.

"Let us show that we are civilized and not Barbaric," the organizers say.