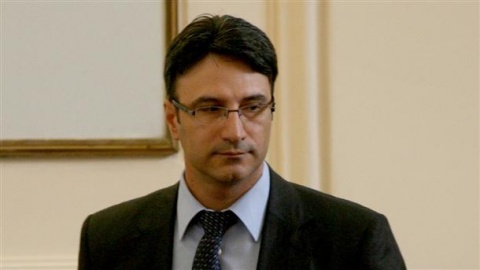 Bulgaria's Minister of Economy and Energy, Traicho Traikov, vows strong control over all dams in the country, regardless of their ownership and safety level. Photo by BGNES

Twelve from a total of 607 dams in Bulgaria are unsafe, according to the Minister of Economy and Energy, Traicho Traikov.

Traikov spoke for the media Wednesday, after the regularly scheduled meeting of the Council of Ministers.

The probe of the dams, which has now concluded, began after devastating floods in southeastern Bulgaria, which took ten victims. The cabinet decided then that Traikov and his institution would exercise control over dams regardless of their ownership.

Traikov further stressed Wednesday that all managers of water facilities in the country had been given strict safety directions such as at least 50% draining, cleaning of the overflowing equipment, cleaning and securing the bottoms, and unblocking devices that drain water. He pointed out the implementation of these measures will be subject to strong control.

According to the Minister, 70 from the 607 dams are managed by the State Agency "Irrigation Systems," and the rest – by local municipalities. A total of 30 teams took part of the checks. The initial number of dams had been listed at 562, but during the probe had grown to 607.

The amount, however, does not include the damage to the infrastructure, such as the railroad, the roads and the bridges, which will make it many times higher.

The cabinet declared February 8 a national day of mourning for the victims.

Just one day earlier, the UN Office for Disaster Risk Reduction, UNISDR, warned that parts of Central and Eastern Europe, particularly Bulgaria and Serbia, are under the serious threat of destruction and casualties over forthcoming floods caused by mass snowmelt.