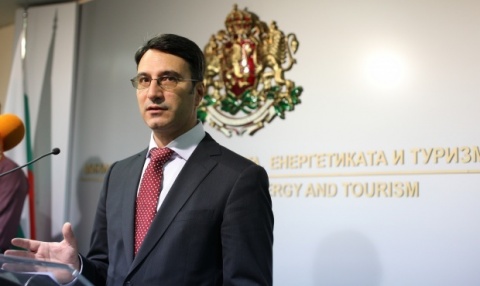 Bulgaria's Economy Minister Traicho Traikov assumed full responsibility for the ACTA controversy saying he underestimated the situation and was guilty of not initiating a larger debate. Photo by BGNES

Bulgaria's Minister of Economy and Energy, Traicho Traikov, announced that he is ready to resign over the ACTA controversy.

Speaking for the media Wednesday, Traikov, however, added that he would do so only if Prime Minister, Boyko Borisov, decided such sanction is needed.

On Tuesday the Minister declared Bulgaria will freeze its participation in the controversial international Anti-counterfeiting Trade Agreement, ACTA, and assumed full responsibility for signing it, despite the fact that negotiations on it have started as early as 2006, long before he became member of the cabinet.

"Since there are no damages for society, I believe the move is sufficient as a sign of assuming responsibility. I was convinced that this agreement would be beneficial for Bulgaria. Even now experts say its positive effects would outweigh the negative ones," the Minister commented.

At the beginning of February, two Bulgarian NGOs – of Internet users and Internet service providers reached a handshake deal with the government in which Borisov promises that Bulgaria will ratify the ACTA with reservations.

On the topic of potentially dangerous dams in the country, Traikov pointed out that his Ministry would need an additional BGN 10-12 M in order to deal with the new task of exercising control on dams and other water facilities, which was assigned to it after the deadly flood in the village of Biser, caused by the bust of the cracked wall of the nearby Ivanovo dam.

According to the Minister, 103 dams have been checked already and for 6 of them it was established they need repairs and draining to prevent potential flooding. It was reported earlier that there are about 600 unsafe dams in Bulgaria.

He further announced that he is bringing together Wednesday all regional governors to summarize the information on dams and on preparedness for the expected huge snowmelt.