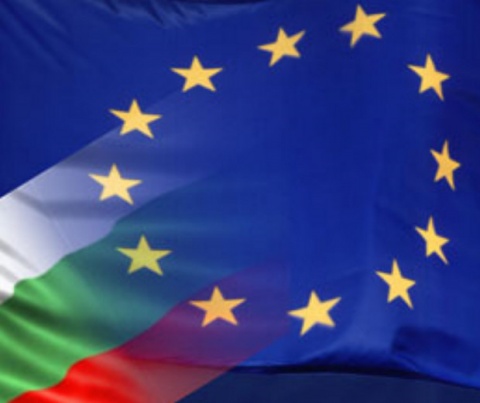 Bulgaria has taken certain measures to improve its justice system and the persecution of organization crime but more convincing results are needed, according to the interim monitoring report of the European Commission on Bulgaria.

The Commission's reports under the Cooperation and Verification Mechanism (CVM) are published twice a year to monitor Bulgaria's post-EU accession progress in certain problem areas, namely as justice and home affairs.

The "February interim report" released by Brussels on Wednesday focuses on the technical implementation of recommendations made in the annual report in July, and does not contain political assessments of the situation in Bulgaria," EC Spokesperson Mark Gray stressed at a news conference in Brussels.

"Today's report points to a number of main developments in response to the recommendations issued by the Commission in the last report. For example, the new specialized court and prosecution office for organized crime have started work, the Commission for the Identification and Forfeiture of Criminal Assets has delivered significant results and the newly established commission to identify and sanction conflicts of interest has taken its first decisions," states the EC report on Bulgaria.

In addition, it points out that Bulgaria initiated measures to improve judicial practice, the organization of the prosecution and the cooperation between the different authorities.

The report also points to areas where further progress is expected in the coming months. These include adopting the asset forfeiture legislation, taking a more comprehensive approach in reforming judicial and investigative practice, enhancing the role of the Supreme Judicial Council in the reform of the judiciary and achieving convincing results in the fight against corruption and organized crime.

"For example, a new law on asset forfeiture currently under debate in Parliament, needs to be comprehensive, and backed up with strong institutions. An analysis of shortcomings in judicial and investigative practice in important cases should be undertaken in a comprehensive way, and promotions and appraisals within the judiciary should be fully transparent and objective," the document explains.

It further recommends that "a reform of the election process of the Supreme Judicial Council is needed to enhance the Council's transparency and integrity and as an important step towards a fundamental reform of the judicial system and that the track record of decisions and penalties in cases related to high-level corruption, fraud and organised crime under investigation and in court should demonstrate the convincing results needed to provide effective dissuasion.

According to the European Commission, Bulgaria needs to make further efforts the coming months "in order to demonstrate convincing results and to contribute to the Commission's overall assessment in summer 2012 of progress achieved by Bulgaria under the CVM since its accession to the EU." The Commission will continue to support Bulgaria in its reform efforts.

The EC reminds that the following benchmarks have been set for Bulgaria in the Cooperation and Verification Mechanism:

Adopt constitutional amendments removing any ambiguity regarding the independence and accountability of the judicial system.

Ensure a more transparent and efficient judicial process by adopting and implementing a new judicial system act and the new civil procedure code. Report on the impact of these new laws and of the penal and administrative procedure code, notably on the pre-trial phase.

Continue the reform of the judiciary in order to enhance professionalism, accountability and efficiency. Evaluate the impact of this reform and publish the results annually.

Conduct and report on professional, non-partisan investigations into allegations of high-level corruption. Report on internal inspections of public institutions and on the publication of assets of high-level officials.

Take further measures to prevent and fight corruption, in particular at the borders and within local government.

Implement a strategy to fight organised crime, focussing on serious crime, money laundering as well as on the systematic confiscation of assets of criminals. Report on new and ongoing investigations, indictments and convictions in these areas.