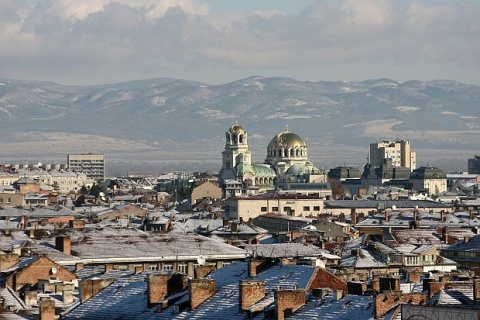 Bulgaria's capital Sofia has earned the title "Bulgaria's Best City to Live in" for 2011 in a ranking done by local media.

A total of 27 Bulgarian cities (all of the country's district centers) have been included in the ranking done by the 24 Chasa daily and Darik radio, with 28 different criteria being taken into consideration.

Besides, the Bulgarian capital tops all cities in the country in terms of being the nearest to an airport, having the largest number of universities, the lowest unemployment rate and the highest birth rate. However, the insufficient parking spaces, the frequent traffic jams and the abundance of stray dogs remain as problems that plague the city.

In the 24 Chasa and Darik radio rating, Sofia is followed by Burgas, Blagoevgrad, Varna and Plovdiv, while Kardzhali, Vidin and Montana occupy the last three spots.

Stara Zagora has received the special "Business City" award, Veliko Tarnovo has been designated as a "Cultural City", Velingrad has won in the "Green City" category, while the "Prospering City" award has gone to Sevlievo.

A parallel online poll conducted by dariknews.bg has singled out Stara Zagora as Bulgaria's best city to live in, while Burgas has own in 24 Chasa's poll.