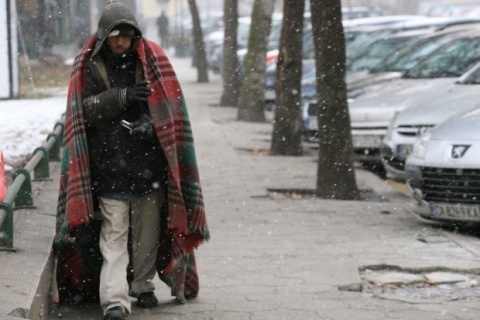 The Sofia City Hall is opening three stations where hot tea will be distributed free of charge over the freezing cold that is in the forecast.

The stations will be opened between 9:30 am and 2:30 pm and are located at the Central Railroad Station, near the "St. Nedelya" Church in downtown Sofia, and in the park adjacent to the National Palace of Culture, also in downtown Sofia.

Hot tea will be further delivered to the homeless soup kitchens in the "Mladost," "Lyulin," and "Levski" district. Over 70 homeless people have checked in the shelters overnight.

25 Bulgarian regions are under code orange Monday over extremely low temperatures, the National Institute for Meteorology and Hydrology at the Bulgarian Academy of Sciences (BAS) has announced.

A more moderate code yellow has been declared only for the regions of Blagoevgrad, Smolyan and Kyustendil. Code yellow means potentially dangerous weather, where the forecast is not for unusual meteorological events, but requires people to exercise caution.