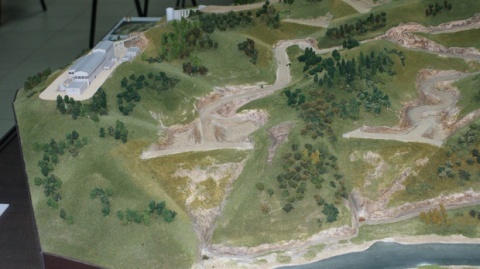 Bulgaria's top court has confirmed the rights of a subsidiary of Dundee Precious Metals Inc. over the controversial Krumovgrad gold mining concession for a 30-year period, the Toronto-based miner said.

The ruling by the five-member panel of the Supreme Administrative Court confirmed an earlier ruling of a three member panel in a dispute, which involved DPM subsidiary Balkan Mineral and Mining EAD.

The ruling is final and is not subject to appeal.

According to the court the appeals filed were inadmissible as the parties involved had no legal interest in the proceedings.

"We are extremely pleased with the findings of the court," Dundee president and CEO Jonathan Goodman said in a release.

"The resolution of the concession appeal is another step forward in the development of the Krumovgrad gold project, which we expect to prove beneficial to the local community and Bulgaria, as well as the stakeholders of the company."

The project, which faces fierce opposition by the local community, was given at the end of last year a provisional go-ahead by the Bulgarian environment minister, who approved the company's environmental impact assessment (EIA).

Mining activities however cannot begin until the EIA appeal is resolved and Dundee says it is awaiting notification of a hearing date.

The Bulgarian cabinet gave on a 30-year concession the gold mine near the town of Krumovgrad to Dundee Precious Metals in February last year.

Dundee Precious Metals' investments the open-pit gold mine will pay back in just a little more than three years, the company's final feasibility study shows.

The area below the prominent Ada Tepe hill is expected to have a mine life of nine years, assuming an annual operating rate of 850,000 tonnes ore and 31% internal rate of return.