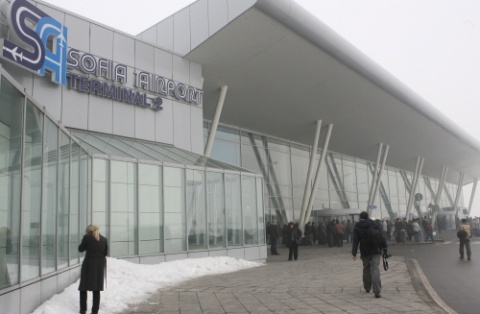 The airport authority at Sofia International reports that flights are delayed with about half an hour to an hour over the heavy snow.

Runways are being cleaned round-the-clock and are closed for cleaning for about 35 minutes after each departing and landing aircraft.

Early in the morning flights to the Black Sea city of Burgas and to Brussels were cancelled.

The Lufthansa flight to Munich and the Bulgaria Air flight to Madrid are delayed.

The arriving flight from Prague had been diverted to Burgas in the early hours Thursday.

The airport in the second largest city of Plovdiv is operating normally, but under winter conditions. The runways are clean.

The airport director does not rule out delays later in the day. The Plovdiv airport has not yet received requests from Sofia to accept flights scheduled to land in the capital. It had accepted 5 such flights Wednesday evening.