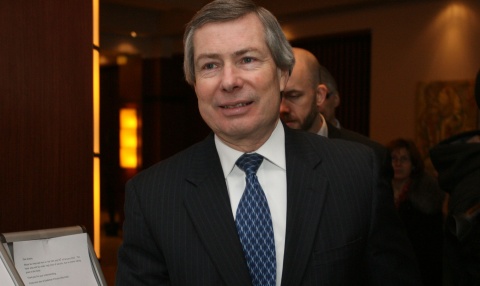 US Ambassador to Bulgaria James Warlick. File photo by BGNES

"Recently, we have witnessed decisions which will not result in attracting foreign investments, despite the government's declarations that it wants them. The actions do not correspond to the words," Warlick has commented, as cited by the 24 Chasa daily.

On Tuesday, the US envoy attended a seminar organized by General Electric and dedicated to the sustainable development of Bulgaria's infrastructure.

Bulgaria can offer a favorable business environment and General Electric's presence in the country over the past few years proves it, Warlick believes.

Cristian Colteanu, GE President and CEO for Romania, Bulgaria and Moldova declared his willingness to engage in long-term partnerships with the government, the local administrations and the Bulgarian business in order to implement innovations in the fields of energy, healthcare, water resources and lighting.

According to Mihaela Mihaylova, head of GE Healthcare Bulgaria, the company will create 100 innovative healthcare products in the country by the end of 2015.