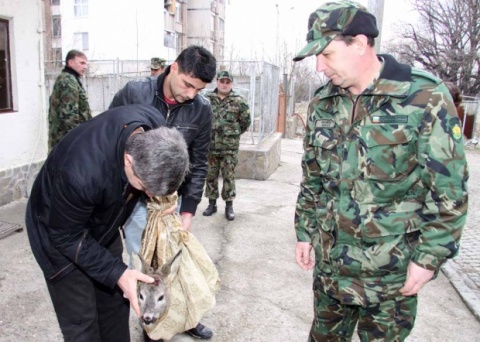 Photo by the Stara Zagora municipality

A seriously-wounded doe was found Tuesday by staff of the 2nd "Tundzhanska" Light Infantry Brigade in the southern Bulgarian city of Stara Zagora.

The officers notified the Director of the Stara Zagora Zoo immediately and the animal was taken to the Veterinary Clinic at the the Thracian University.

Asked by journalists to comment on the matter, veterinarians were optimistic that the animal would recover despite the serious trauma.

The deer appeared to have sustained a fracture of the right hind leg.

It had most probably been chased by dogs in the Ayazmmo park and had jumped over the two fences of the 2nd Infantry Brigade building to save its life.