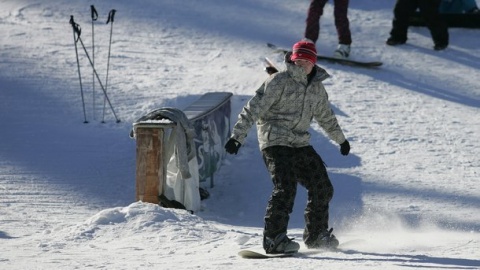 Skiers, snowboarders, hikers and environmentalists staged a new protest on the Vitosha Mountain nearby Bulgarian capital Sofia against proposed revisions of the country's Forestry Act.

The tabled amendments to the Law on Forests, they argue, will make it much more easier for investors to build new structures and expand old ones, even in protected areas, and without a competition run by the state.

Interviewed by the Bulgarian National Radio Sunday, protesters said they wanted to freeze the amendments, and show that people can enjoy a meaningful interaction with nature without overdevelopment and with respect to protected areas.

The controversy erupted after end of 2011 the Vitosha Ski company, which operates facilities on the mountain, announced it will not open a ski season this winter and will not run ski lifts and gondolas.

The grounds given by Vitosha Ski was that the state allegedly interfered with its activities, by not issuing it permits for development of the skiing area in Vitosha.

This resulted in the said amendments being swiftly developed and adopted by the Bulgarian cabinet between Christmas and New Year's 2011, and then approved by a parliamentary committee this week.

Wednesday thousands marched in Sofia to protest against the legislative amendment.