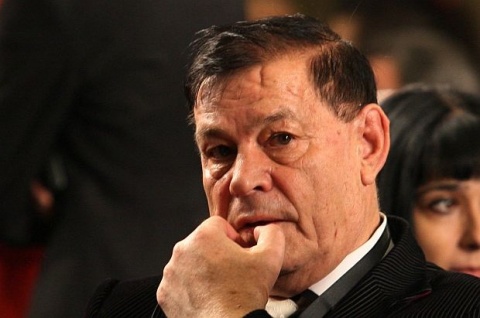 Feim Chaushev, former Deputy Foreign Minister, has been sentenced to three years and six months of imprisonment for being an intermediary in a car theft scheme. Photo by Sofia Photo Agency

The Sofia Regional Court has sentenced Feim Chaushev, former Deputy Foreign Minister, to three years and six months of imprisonment for being an intermediary in a car theft scheme.

Chaushev was arrested on March 9, 2011 for assisting the return of a stolen vehicle to its owner, a Turkish citizen, against ransom.

The owner of the car told the police he had contacted Feim Chaushev asking him for help.

Several days later Chaushev called him back and told him that he could have his car back if he paid EUR 23 000 to the thieves.

The other accomplice, Ivaylo Gekov, who was revealed by the prosecuting authority to have received the ransom from the Turkish businessman, was handed the same sentence, the Bulgarian Telegraph Agency (BTA) said in a Friday statement.

Both Chaushev and Gekov were also banned from leaving the country.

The prosecuting authority demanded lighter sentences of 3 years of imprisonment.

The lawyers, on the other hand, insisted that the two should be declared not guilty after the main witnesses on the case denied having been blackmailed by Chaushev.

During the last hearing on the case in early November 2011, the two witnesses withdrew the testimony they had given during the pre-trial proceedings.

The sentences are not final and can be appealed before the Sofia City Court.
Both Chaushev and Gekov will be released on their own recognizance.

Nine days after his arrest in March 2011, the former Deputy Foreign Minister was released from custody on a BGN 5000 bail.

Chaushev, who is an ethnic Turk, had to resign as a Deputy Foreign Minister when it was revealed that he had had business relations under a different name, Petar Chaushev.

Chaushev was revealed to have been using a double identity that he "inherited" from the so called Revival Process – the campaign of the communist regime in the late 1980s to force Bulgarian Muslims to take up Slavic Christian names.

He resigned in April 2008 after the scandal flared up.

As a Deputy Foreign Minister he was actively involved in the talks for the release of the Bulgarian medics sentenced in Libya by the Gaddafi dictatorship for allegedly infecting Libyan children with HIV.

Chaushev is also known to have been a collaborator of the communist era secret service State Security (DS).

He was a member of the Stanishev Cabinet from the quota of the ethnic Turkish party DPS (Movement for Rights and Freedoms).