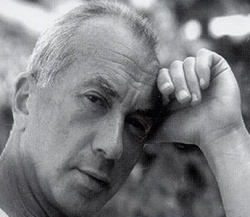 Bulgaria-born pianist Alexis Weissenberg, one of the best performers of the twentieth century, died Sunday in Lugano, Switzerland, Spanish media reported. He was 82.

Alexis Weissenberg passed away after a long illness, people close to his family said.

Born in Sofia, the noted Jewish-born, French pianist of Bulgarian birth, Alexis Weissenberg, was taught to play the piano by his mother. Several members of her family were Vienna Conservatory-trained musicians, and he grew up in an environment where the sight-reading of chamber music was as common as watching television is for most children today. His second piano teacher was a disciplinarian dentist, his third Bulgaria's top composer and pedagogue, Pancho Vladigerov, at whose house Weissenberg heard Dinu Lipatti perform.

At age 10 (or 8), Alexis Weissenberg gave his first recital, performing, among other works, an etude of his own composition. Shortly thereafter, Weissenberg and his mother attempted to flee Bulgaria for Turkey as fascist terror deepened. They were caught and thrown in a concentration camp. "Only three elements remained constant," Weissenberg recalled. "Silence, singing, and crying." What saved the pair was an accordion Weissenberg had been given as a gift by an aunt. A German guard who liked music let Weissenberg play and after three months put the Weissenbergs on a train to Istanbul, throwing the accordion into their compartment through an open window as they left.

In 1945 they made their way to Turkey and then to Israel (then Palestine), where Alexis Weissenberg studied at the Jerusalem Academy of Music with Leo Kestenberg. In 1945 he made his first appearance as a soloist with an orchestra. Later he performed with the Israel Philharmonic Orchestra under the baton of Leonard Bernstein. He left his accordion with a group of children after playing an outdoor concert and departed for the USA in 1946. He enrolled at the Juilliard School of Music, studying with Olga Samaroff and at times with Artur Schnabel and Wanda Landowska. He also made contact with Vladimir Horowitz, who urged Weissenberg to enter the Leventritt Award competition. Weissenberg won the award in 1947, and his career was launched. His USA debut came in 1947, playing Sergei Rachmaninov's Piano Concerto No. 3 with the New York Philharmonic Orchestra (or Philadelphia Orchestra) under the baton of George Szell.

After touring extensively the USA and Europe, Alexis Weissenberg moved in 1956 to Paris, eventually becoming a French citizen. For a decade beginning around that time, he took a hiatus from performing, subjecting himself to a reconstruction of his keyboard technique. In 1966 he resumed his career by giving a recital in Paris; later that year he gave Tchaikovsky's Piano Concerto No. 1 in Berlin under Herbert von Karajan, who called him "one of the best pianists of our time". Subsequently he toured all over the world, and remained active into old age.