The Bulgarian Minister Who Thinks Some Gays Are Cool 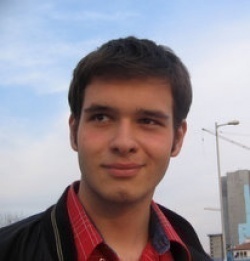 In its January 2012 edition, a Bulgarian magazine published an interview with the country's Culture Minister Vezhdi Rashidov in which he made quite a controversial remark.

"I find gays to be the most unpleasant community, since they combine the worst qualities of women and the most despicable qualities of men," he said in the interview.

Perhaps Rashidov was afraid that Borisov would suspect the "weak link" in his team to be exactly in the Ministry of Culture – and wanted to play safe?

As it turned out, however, the Culture Minister's opinion about gays was cut-and-pasted from an interview made with him...12 years ago. Now, who waits 12 years to cunningly incorporate random parts of an interview in a new interview in order to stir media attention?

Anyhow, Rashidov believed gays were unpleasant 12 years ago but he has matured now that he is 60, and he is very sorry.

What is kind of funny, though, that the Culture Minister immediately resorted to the "many great people are gay" argument when he tried to prove that he was by no means homophobic.

One is left wondering if all ordinary gays who are not Freddy Mercury, Francis Bacon or Andy Warhol are still unpleasant.