The Maya Doom and the End of Bulgarian President's Term 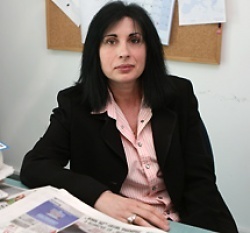 The tradition of the Head of State to great Bulgarians just minutes before the arrival of the New Year is one of the longest in the country.

It was introduced by Alexander Battenberg, the first prince (Knyaz) of modern Bulgaria, after it became liberated from Ottoman yoke. At the time it was red by a herald on central squares; later distributed as a poster, read on radio and then on TV. The tradition was kept through the years of the Communist regime and by all presidents of the transition period.

Bulgaria's outgoing President, Georgi Parvanov, just delivered his 10th and last televised greeting after two terms in office. In it, he called on Bulgarians to overcome pain, triteness and aggression with faith, wisdom and strength. He thanked all for the understanding, trust and support and the honor to be Head of State.

Parvanov quoted messages of other State leaders who today place more emphasis than ever on solidarity, empathy towards those who suffered most from the crisis, but stressed that apart from compassion, people need and expect an honest assessment and true statesmanship.

Bulgarians watch these New Year greetings, even though they say they are sick and tired of them. Traditions are one of the definitions of a nation and of its celebrations. A good speech to fellow citizens can score many points for a politician if it is not filled with empty words – this is what makes us sick and tired - demagogy in so many years and from so many leaders.

In Parvanov's case, many in the country said the best about his New Year message was that it was also his last.

True to himself, the outgoing President spoke from the distance of his high tribune, preaching the right things as he had and has nothing to do with them... What had he done in the last 10 years to counter kitsch and aggression; how had he helped to alleviate the pain after labeling himself "social president;" how had he shown empathy when he went hunting on the day nine people burned to death in an obsolete train...?

He, who stresses on the need of honesty, was often seen kissing clergy's hands and lighting church candles all while professing socialist (formerly communist) ideology. He lied and admitted only after being cornered that he had been an agent of the Communist secret services. Parvanov preaches true statesmanship, but can list in his 10-year record as top achievement managing to avoid both all thorny issues and difficult media questions.

"Let's get filled with hope that even the darkest forebodings will remain warnings only," the Head of State said in his wishes, leaving us guessing if he referred to the effects of the debt crisis in Europe or the predictions for the 2012 end of the world in the calendar of the Ancient Maya.

Or maybe he was talking about the end of the world as the end of his term in office since he cannot model the ways of his beloved Putin?