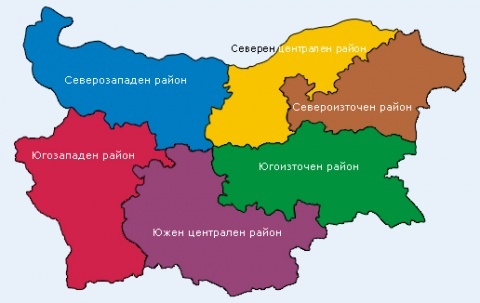 Instead of redressing Bulgaria's regional economic imbalances, EU funds are actually deepening them, a report claims.

Thus, the poorest regions in Bulgaria – and in the EU – Bulgaria's Severozapaden (Northwestern) and Severen-Tsentralen (North-central) have contracted substantially less EU money for public projects per capita than has the Yugozapaden (Southwestern) Region, which includes the capital Sofia.

According to the update action plan for the National Regional Development Strategy of the Bulgarian government, cited Tuesday by the Sega daily, Bulgaria's poorest regions should catch up by 2015 by using EU money. The document is key for the programming of EU funded projects in Bulgaria for 2014-2020, the period of the EU's next financial framework.

The paper claims that it was adopted secretly by the Borisov Cabinet, without any mention to the public, at the very end of 2011.

In 2000, the difference between the poorest and richest region in GDP per capita was only 47%.

The regional imbalances are also grave when it comes to employment figures and attracting foreign direct investment.

According to experts quoted in the National Regional Development Strategy, Bulgaria should set aside budget funding to try to redress the regional imbalances with pilot projects in municipalities that are doing the worst, followed by an expansion of this mechanism in 2014-2020.