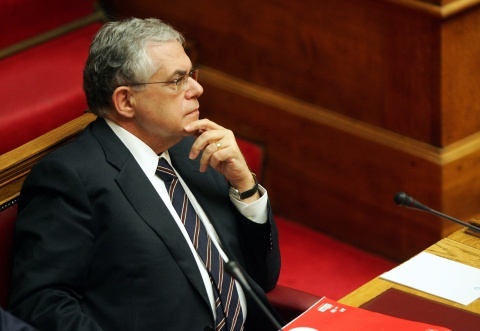 Greece's parliament has passed its austerity budget 2012, expending the drastic spending cuts as it struggles to cope with its immense debts and curb a severe recession.

"The financial crisis in our country is not a passing storm. Given the size of the problems, our national effort will not be completed in 2012. It will take many years, and will require the efforts and insistence of several governments," recently appointed Prime Minister Lucas Papademos told MPs before the vote.

Papademos declared that Greece's participation in the euro involves rules and obligations, which the country must consistently meet.

"Greece belongs to Europe and Europe cannot be envisaged without Greece," the Greek Prime Minister added, as cited by ABC News.

The austerity budget was approved overwhelmingly, with 258 lawmakers in the country's 300-seat parliament voting in favor. A total of 41 MPs voted against.

Meanwhile, clashes broke out between protesters and police outside Greece's parliament. A  demonstration was staged to mark the anniversary of the death of a student in police firing in 2008, which stirred massive unrests in the country back then.

Approximately two dozen people, including police officers, were injured in Tuesday's clashes and more than 30 protesters were apprehended.