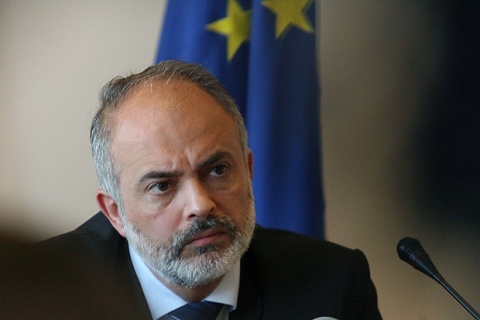 There will be a gradual retirement age upping with four months each year until 2014 for all employees, and there wouldn't be any more retreat.

The statement was made by Bulgaria's Social Policy and Labor Minister, Totyu Mladenov, speaking Friday in an interview for the TV channel bTV.

"We listened to voice of people from the protest rally and we are doing what we have planned," an unwavering Minister told the hosts.

On November 13, the Confederation of Independent Bulgarian Syndicates (KNSB) and the Podkrepa (Support) Labor Confederation announced they were quitting the Three-Way Council, which now has only representatives of the business and the cabinet. The syndicates are outraged by the controversial and sudden increase of retirement age and eliminating years of service in determining wages of State servants – both brainchildren of Deputy Prime Minister and Finance Minister, Simeon Djankov.

The syndicated also declared they were staging nation-wide protests on November 30 over the planned changes in the retirement system.

Tens of thousands of people from across Bulgaria gathered Wednesday in front of the parliament in downtown Sofia in protest against planned changes in the retirement system.

Mladenov explained Friday that with the above move, by 2017, the budget deficit of the National Social Security Institute (NOI) would be reduced by BGN 2.7 M and this deficit will be BGN 6 B in 2020.

"There is no other way to approach this – we must protect the money of our mothers and fathers and of future retirees," the Minister commented, adding capping maximum pensions would be gradually eliminated.

He reiterated that there would be no more compromise even if the protests continue as the syndicates threaten – they refuse to accept the latest plan as well.

The Podkrepa Vice President, Dimitar Manolov, who joined the interview on the phone, reiterated the threat.

"It is too late for us to make proposals – we made them and they were sealed with signatures, but one little person decided he should satisfy his narcissistic complex – Finance Minister Simeon Djankov," Manolov stressed.

This statement triggered Mladenov's comments that the cabinet wants very much to have social dialogue, but not under this form, pointing out that in times when Europe is shaken by the crisis, strikes would not help the business.

In another interview Friday, for the Bulgarian National Television, BNT, Prime Minister, Boyko Borisov, revealed that the sudden upping of the country's retirement age with one whole year starting January 2012 was his idea.