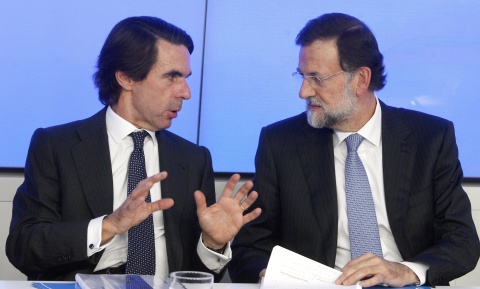 Bulgaria's Prime Minister Boyko Borisov has expressed his happiness with the victory of the rightist Popular Party in Sunday's Spanish general elections.

The Spanish PP, led by Mariano Rajoy, defeated the ruling Socialists with about 44% of the votes, which gives it a clear majority in the lower chamber – about 186 of the 350 seats.

"This is one more proof that the Spanish people are granting their trust to a party, which provides real perspectives for development and overcoming of economic and financial hardship at a moment that is crucial for Spain and Europe," Bulgaria's PM wrote to the leader of the Spanish Popular Party Mariano Rajoy.

"As a party within the EPP, GERB shares the joy of your victory, and trusts that you will cope with the responsibilities ahead of you," he continues.

Borisov further notes that back in 2001-2005 when he was the Chief Secretary of the Bulgarian Interior Ministry, Bulgaria and Spain enjoyed great cooperation, apparently referring to the fact that the Popular Party was in power in Spain until 2004, when Zapatero's Socialists swept the elections.