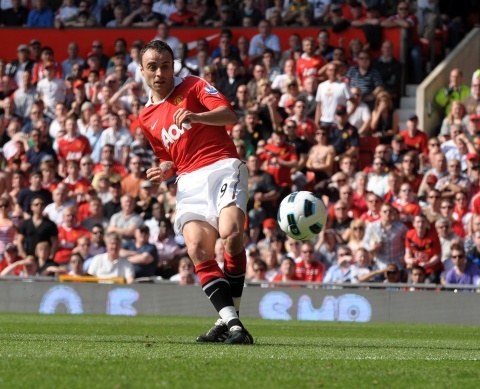 The Spanish giants are now on the verge of making an official bid for the out of favor forward, according to The Daily Star.

Valencia have already been mentioned as potential bidders for the Bulgarian whose contract with the Red Devils expires next summer.

Berbatov was recently linked with German club Schalke, as Manchester United was reportedly willing to include him in a swap deal in order to snap up Dutch hitman Klaas-Jan Huntelaar.

Berbatov has been out of Manchester United's pecking order for a while now, with the likes of Javier Hernandez, Danny Welbeck and Wayne Rooney leaving him virtually no chances to shine. The Bulgarian is also said to be a target for PSG, Inter Milan, Juventus and Bayern Munich, among others.