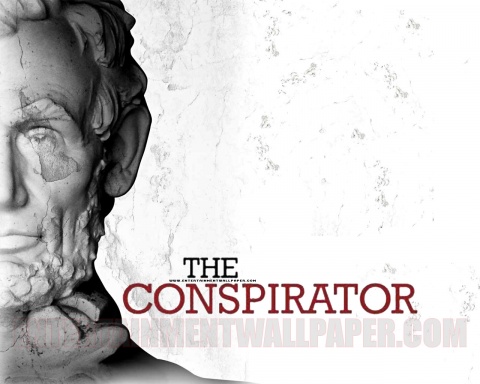 The Conspirator wallpaper. Photo by http://www.entertainmentwallpaper.com

The team from The Conspirator film of American actor, film director, and producer, Robert Redford, is in Bulgaria for the official opening ceremony of the second edition of the So Independent festival.

The festival is dedicated to the American independent cinema and will be held in the Bulgarian capital Sofia.

Production designer with Bulgarian descent, Kalina Ivanov, and screenwriter, James Solomon, will introduce The Conspirator at the official opening ceremony Saturday. Hollywood legends, who are filming in Bulgaria the sequel to the hit action movie The Expendables, are also expected to attend.

The festival showings begin Friday with Another Earth and Detachment with Adrien Brody in the House of Film and with The Conspirator and Senna – 106 in Cinema City.

The program includes 20 films – 11 motion pictures and 10 documentaries, selected by Bulgarian actress, living in the US, Jana Karaivanova, who is the initiator, producer and director of the festival, organized in partnership with the America for Bulgaria Foundation and the American Embassy in Sofia.

The guests will walk on the red carpet before the opening ceremony which begins at 7 pm. The Conspirator will be shown at 8 pm and will be followed by an "I Love New York" cocktail party on a backdrop looking like a NYC street.

The film critic of Los Angeles Times, Kenneth Turan, will be a special guest at the opening ceremony.

""The Conspirator" has several allies in its earnest but effective quest to make a forgotten corner of America's past come alive. Many of those were planned, including the sine qua non casting of Robin Wright in the title role, but perhaps the most potent was an unintentional accident of history itself," Turan wrote in April, 2011.

The full text of the review can be found HERE.

Kalina Ivanov is the production designer of Robert Redford's latest feature film, The Conspirator, as well as the Oscar nominated Little Miss Sunshine (2006) and Rabbit Hole (2010). She has also designed The Vow, Made of Honor, My Sassy Girl, Uptown Girl, Brown Sugar, Swimfan, Monday Night Mayhem, Household Saints, and Smoke.

James Solomon's debut as a feature film writer comes with the Conspirator, directed by Robert Redford. A former foreign correspondent, Solomon is drawn to material based on fact – in particular, true stories we all think we know but don't. Solomon wrote and Executive Produced for ESPN the limited series The Bronx Is Burning, which starred John Turturro and Oliver Platt. Solomon began his screenwriting career as a staff writer on several television series including the Emmy Award-winning The Practice and Sidney Lumet's 100 Centre Street.

Kenneth Turan is the leading film critic for Los Angeles Times and the morning edition of NPR (National Performance Review) as well as the director of the Los Angeles Times Book Prizes. He has worked as a staff writer for the Washington Post and TV Guide, and served as the Times' book review editor.

The full program of the festival can be found HERE.