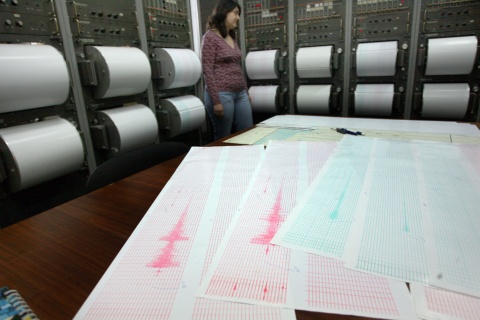 BAS is unable to pay the full salaries of meteorologists and seismologists by the end of 2011, meaning that weather forecasts and seismic activity monitoring may be suspended. Photo by BGNES

Weather forecasts prepared by the National Institute of Meteorology and Hydrology at the Bulgarian Academy of Sciences (BAS) several times a day may be suspended from November 1 due to state budget cuts, according to BAS Chair Nikola Sabotinov.

In a Thursday interview for the Focus News Agency, he explained that he the institute had sent him a letter to warn about the problem and that he had held talks and taken steps to provide extra funding but no efficient solution had yet been reached.

The BAS Chair said that the issue had been reported to Prime Minister Boyko Borisov and Finance Minister Simeon Djankov.

He noted that the BAS Geophysical Institute was plagued by the same financial worries, meaning that seismic activity monitoring on the territory of the country would also be discontinued.

The Academy's funding shortage in the last two months of 2011 came as no surprise, Sybotinov argued, given that it needed a budget of BGN 95-98 M to function normally, while it only had BGN 54 M in the state budget for 2012.

Sabotinov pointed out that the current funding sufficed to cover 65% of the salary payments and social insurance contributions for BAS' staff.

At the beginning of October, the BAS Chair said that meteorologists and seismologists would be paid for three instead of four weeks of work per month until the end of the year because of funds shortages.

Earlier Thursday, the General Assembly of BAS decided to hold a protest on November 01, the National Enlighteners Day.

BAS also issued a statement saying they would file a lawsuit against Bulgaria at the Strasbourg Court of Human Rights if the government failed to revise the budget earmarked for the Academy in 2012.

On Monday, the Cabinet led by PM Boyko Borisov announced that it would trim BAS' budget for 2012 by BGN 5 M, or 9%.

BAS' budget for 2010 and 2011 was slashed by some 40%, which caused massive protests of BAS researchers and university professors.