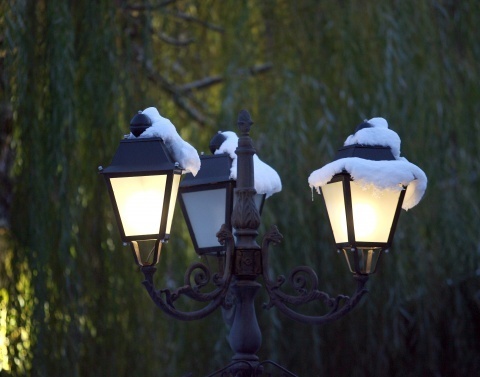 Early snow is reported Sunday in parts of Bulgaria, including the capital Sofia. File photo

Bulgaria's capital Sofia woke up Sunday to the first snowfall this season, after a mid-October cold spell overtook the country.

The winter arrived early in Bulgaria with the mercury expected to hit minus 7 degrees Celsius in western Bulgaria and nearly hurricane winds on the Black Sea coast and the entire eastern Bulgaria where there will be a mix of rain and snow. The wind and the precipitations are expected to pick even more strength Sunday evening into Monday, particularly in the eastern parts.

The cold spell is expected to last until Tuesday, which will be the chilliest day. Temperatures are not going to reach above 10 degrees, even during the warmest time of the day and in southern Bulgaria.

Code yellow has been declared for eleven Bulgarian regions Sunday over the forecast for downpours and gusty winds.