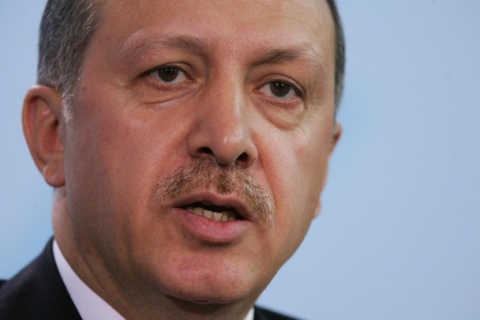 Turks living in Bulgaria have asked Turkish PM Erdogan to help for the settlement of the ethnic tensions sparked in a village in southern Bulgaria. Photo by Getty Images

Turks living in Bulgaria who have been hit by the bouts of violence following the incident in the village of Katunitsa have called on Turkish Prime Minister Recep Tayyip Erdogan for help.

"The tension created after the death of a Bulgarian youth in a car crash in the Katunitsa village near the Bulgarian city of Plovdiv ignited the fuse of ethnic clashes ", Turkish news channel CNN T?rk reported Friday.

The media also provided a detailed account of the anti-Roma and anti-Turk slogans spreading online in the aftermath of the Katunitsa clashes, as well as the raids carried out at offices of the ethnic Turkish Movement for Rights and Freedoms, DPS, party, at the Dzumaya mosque in Plovdiv, etc.

"A number of women employees of the company providing cleaning services in the municipality became the  subject of attacks staged by Bulgarian nationalists in the past two days while they were sweeping in front of the Plovdiv Municipality building", the news channel  announced, adding that these people were afraid to go to work.

Turks in Bulgaria voiced expectations that Turkish Prime Minister Erdogan would call his Bulgarian counterpart Boyko Borisov and urge him to provide a secure living and working environment.