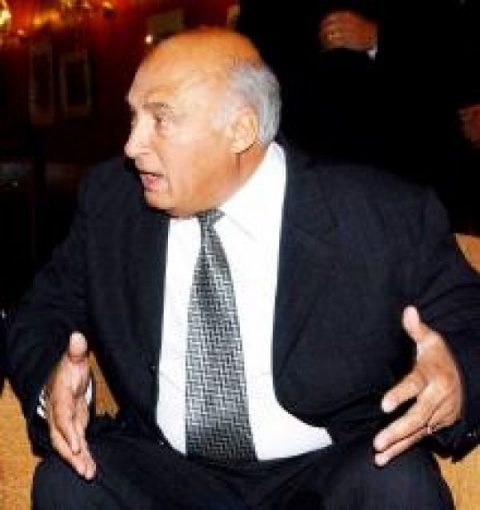 Tsar Kiro, the notorious Roma clan boss, has been in hiding since the Katunitsa incident last Friday. File photo

The family of notorious Roma boss Kiril Rashkov, aka Tsar Kiro, has been in hiding in the top Bulgarian mountain resort Borovets since Friday when an associate of his killed murdered a Bulgarian boy, a crime that nearly generated ethnic clashes.

As tensions escalated in the village of Katunitsa near Plovdiv, where Rashkov's family resides, the family of the wealthy controversial Roma clan leader was evacuated by the police barely in time to save their lives from an angry crowd, which stormed and set on fire his properties Saturday night.

Rashkov's family was removed by the police from the Borovets hotel where they had been staying as noon on Monday, the BGNES news agency reported Monday night.

The police had kept secret the location of the Roma tsar out of concerns for his safety. His new whereabouts after he and his relatives left the Borovets resort remain once again unknown to the public.

Rashkov, who is known as "tsar" because of his wealth, attracted public attention over the weekend after some of his associates ran over and killed an ethnic Bulgarian boy, 19-year-old Angel Petrov, in the village of Katunitsa. The incident spurred mass protests against his family and nearly led to large-scale ethnic clashes in the nearby city of Plovdiv on Sunday.

Locals in the village of Katunitsa have protested against the status of Tsar Kiro, claiming he is extremely rich without have any legal sources of income, and without paying any taxes.

Rashkov is reported to be dealing with illegal production of fake alcohol as well as with prostitution and pickpocket rings operating across Europe. None of these reports have been confirmed by the police.

Earlier on Monday, the head of the Bulgarian National Revenue Agency Krasimir Stefanov announced that Rashkov's income, properties, and other assets were supposed to be inspected in 2010 but the inspection got delayed "for inexplicable reasons."

Parallel to the criminal investigation of the murder of murder of 19-year-old Angel Petrov, the Bulgarian authorities have now launched an all-out probe into the assets of the Roma tsar.