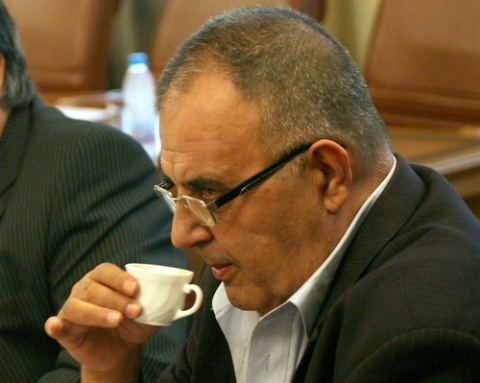 The frontrunner of the initiative to process faster applications for citizenship and granting more passports was the now-former Minister without Portfolio for Bulgarians Abroad, Bozhidar Dimitrov. Photo by BGNES

Bulgaria has granted citizenship to 11 441 people since the beginning of 2011 until mid-September.

Meanwhile, 125 individuals have given up on their Bulgarian passports.

The data comes from the Justice Ministry. The fastest processing of the applications for citizenship has been declared a priority by the cabinet of the center-right Citizens for European Development of Bulgaria, GERB, party after it took office in the summer of 2009.

The frontrunner of the initiative was the Minister without Portfolio for Bulgarians Abroad, Bozhidar Dimitrov, who later resigned, but a record number of applications were approved in 2010 under his leadership – nearly 15 000 compared to 9 000 in 2009 and 7 113 in 2008 with the trend continuing in 2011, according to the data.

The most passports in 2011 have been granted to people with Bulgarian origins – 5 533 from Macedonia and 1 593 from Moldova. 26 passports were given for important contributions to Bulgaria in the public and economic sector, science, technology, culture and sports; 9 competitors and coaches have also received Bulgarian citizenship, compared to 32 and 21 respectively in 2010.

A total of 16 271 applications have been processed and 4 514 have been rejected with the main and most common reason being false documents.