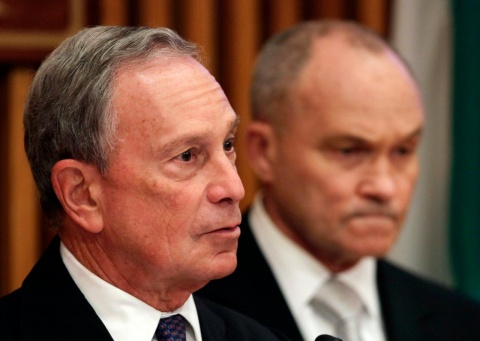 New York police will increase security after receiving credible information that terrorists may be plotting an attack in the city to coincide with the tenth anniversary since September 11.

These measures could include checking bags and additional security personnel on public transport. Security would also be boosted at bridges and tunnels.

"There is no reason for any of the rest of us to change anything in our daily routines," he told a news conference.

"Over the next three days we should all keep our eyes wide open."

US officials have warned of a "specific, credible threat" ahead of the 10th anniversary of the 9/11 attacks, possibly in New York or Washington DC.

US TV network ABC News reports that three individuals - one a US citizen - entered the US in August aiming to carry out a terror attack. There was no confirmation about whether this information was linked to the threat detailed by US officials.

A service marking the 10th anniversary of the terror attacks in which almost 3,000 people died will be held on the site of the World Trade Center on Sunday.

White House officials said the president, who spoke to Congress about a jobs plan on Thursday night, was briefed on the threat earlier in the day.