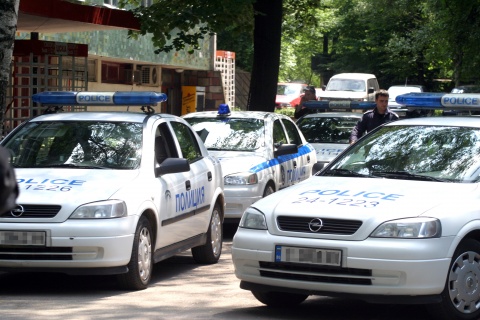 Bulgarian police trade unions demand adequate State budget in order to carry out their duties and ask for a ban on any kind of private sponsorship. File photo

The trade unions at the Bulgarian Interior Ministry are deeply satisfied by the order of their Minister, Tsvetan Tsvetanov, effectively banning donations from private businesses and individuals.

The union issued an official statement on the matter Tuesday.

"Giving private companies and individuals the opportunity to sponsor police structures was an abdication of police from part of their duties towards society. This practice has not only hidden moral deficits, but also bears serious risks for carrying out the direct tasks of the Ministry," the statement reads.

The union further asks Tsvetanov to ban not only cash donations, but consumables and technical equipment as well. The syndicates remind they have voiced disagreement with the donations practice as early as 2009 and voice hope the "vicious practice of asking police employees to sponsor the institution by purchasing on their own materials needed to fulfill their duties" would also be stopped.

"I hope the Interior Ministry's budget for 2012 will allow all this to become a thing of the past," the union's Chair, Valentin Popov, says, quoted by the Bulgarian Dnevnik daily.

On Monday, immediately upon returning from vacation, Tsvetanov signed the order, which is going to become effective on September 1, 2011.