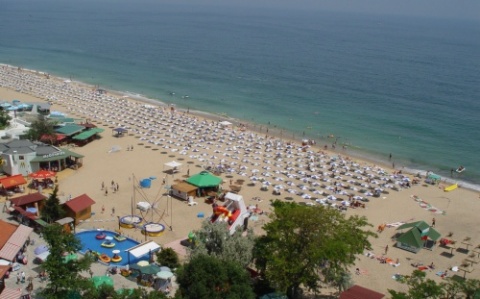 Incidents related to alcohol binging become more and more frequent at Bulgaria's beach resorts, tarnishing the image of the country as a tourist destination. File photo

An Austrian teenager has fallen from the 7th floor of hotel "Mimoza" in Bulgaria's summer resort "Golden Sands."

The 18-year-old man has been taken immediately in an ambulance to the St. Anna hospital in the Black Sea city of Varna and listed with chest, head, legs and arms trauma.

The police patrol, which arrived on the spot, had found a group of drunken young men, so intoxicated that they were unable to speak and explain what exactly happened. The others only noticed their friend when he was laying helpless and injured on the ground.

Doctors say the patient is on life support, but in stable condition.