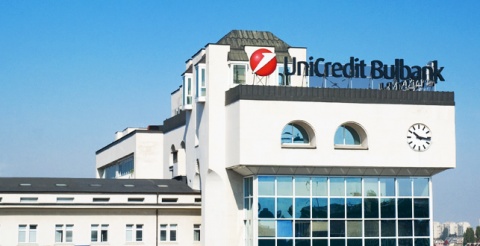 The foreign direct investment that Bulgaria's post-crisis economy will attract per year will stabilize at about 4%-5% of the GDP, according to a forecast of UniCredit Bulbank.

While in the pre-crisis period – 2002-2008 – Bulgaria's FDI averaged over 17% per year, in the period after the crisis, they will stabilize at about 5% of the GDP, and only on the condition that the business environment in Bulgaria continues to improve at an accelerated pace, the economic team of UniCredit Bulbank believes.

"One of the things that we can expect with a high degree of certainty is that the Bulgarian economy will face a tightened access to foreign savings in the post-crisis period," explained Kristofor Pavlov, Chief Economist of UniCredit Bulbank.

"One opportunity that is worth considering is creating monetary stimuli paid for from public finances – for the people saving in additional voluntary pension mechanisms, not unlike the measures considered in Poland and the Czech Republic," he believes.

According to the analysis of UniCredit Bulbank, the investments in the Bulgarian economy will be growing by an average of 6% to 8% year-on-year in the post-crisis period. They are expected to continue to be the fastest growing component of Bulgaria's GDP as far as end consumption is concerned.

"Yet, the investment growth rates will be cut almost in half compared with the unsustainably high annual rates of between 15% and 20% in the years when domestic demand saw a boom," says the UniCredit Bulbank report.

It further forecasts that Bulgaria's domestic consumption will be growing at about 3%-3.5% in the post-crisis years, compared with an annual growth rate of between 6% and 7% in the period when the Bulgarian economy was booming.

"After all, the recovery of the domestic consumption and investments to their highest level from 2008 will take time," Pavlov stated.

He points out that since in the first quarter of 2011 consumption in Bulgaria was about 8% lower than it was in the third quarter of 2008, the pre-crisis levels can be expected to be reached in the second half of 2013.

The economists of Unicredit BulBank believe that Bulgaria's expected better absorption of EU funds remains a major mechanism to offset the effects of the decline of inflow of foreign savings.

They also state that Bulgaria's considerable progress in the absorption of EU money registered in the past two years places the country in a favorable position for the negotiations of the EU financial framework for the next seven-year period (2014-2020). They have expressed optimism that Bulgaria will do away with its EU funds absorption problems from its first post-accession years.