Seasonal Jobs in Bulgaria Give Rise to Working Time Violations 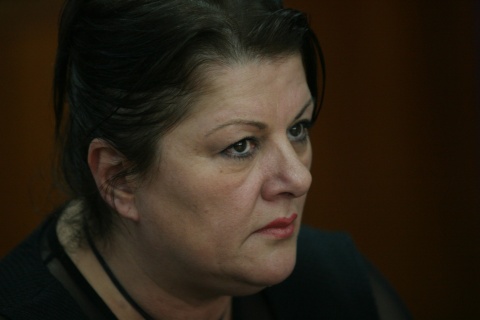 Rumyana Mihaylova, Executive Director of the General Labor Inspectorate, has cautioned about the increase in breaches of working time regulations accompanying seasonal jobs. Photo by BGNES

As much as 30% of labor contracts are sealed for a 4-hour workday, the most recent checks conducted by Bulgarian labor inspectors have indicated.

In most of the cases, the workers actually spend 8 or even 12 hours on the job, according to Rumyana Mihaylova, Executive Director of the General Labor Inspectorate.

In her words, such violations are on the rise and most typically occur in hotels, restaurants, discos, bars, etc, which offer seasonal jobs.

Breaches involving underreported work hours are usually carried out in a bid to cut down on social security and health insurance contributions.

Due to the ongoing mass inspections at Black Sea resorts, labor inspectors from the central parts of the country have been summoned to help.

Since the beginning of the year, labor inspectors have imposed fines worth over BGN 6 M and have forced employers to pay BGN 120 M in deferred wages for the period January 2010 - present.

Aiming to boost the efficiency of its control activities, the General Labor Inspectorate plans to build and integrate a new information system allowing inspectors to access the databases of the National Social Security Institute and the National Revenue Agency real-time.

The project has a price tag of BGN 6.5 M, 85% of which are provided under the Human Resources Development Operational Program, the remaining part to be supplied through co-financing.

The new information system is aimed at unifying practices surrounding the application of labor legislation by inspectors all over the country and facilitating employers.

There will also be an opportunity for registering collective labor agreements online, Rumyana Mihaylova adds.