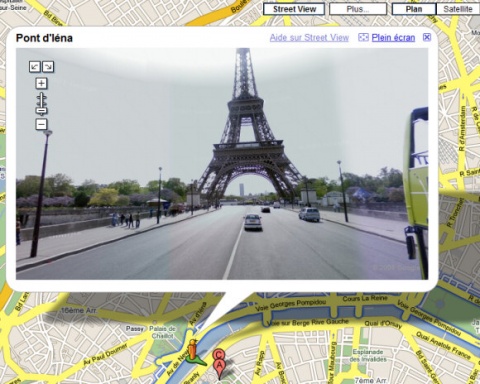 Bulgarian cities and towns will be visible through Google Street View as Google executives have already notified the Bulgarian authorities of their intention to launch the product for Bulgaria.

Bulgaria's Commission for Protection of Personal Data has been visited by Google officials from offices in Ireland and the Czech Republic several days ago, Commission head Veneta Shopova has announced.

The Google representatives, Simon Miechen from Ireland and Eva Martinikova from the Czech Republic, have notified the Bulgarian authorities of their intention to photograph all cities, towns, and villages in Bulgaria in order to launch the images in their Google Street View application.

Google Street View is a technology featured in Google Maps and Google Earth that provides panoramic views from various positions along many streets in the world. It was launched on May 25, 2007, originally only in several cities in the United States, and has since gradually expanded to include more cities and rural areas worldwide, to include 27 countries at present.

The Google executives have told the Bulgarian authorities they will probably complete the task of photographing Bulgaria in two months because they need sunny weather. They plan to use Bulgarian drivers as well for their specially adapted cars that make the 360-degree images of each street.

Google has told the Bulgarian government that they no longer gather Wi-Fi data, and dim the license plate numbers and people's faces that get in the images. Google also plans to carry out an information campaign in Bulgaria before the photographing begins.

"We cannot ban them to do that if they have obeyed the notification rules, and have gotten a registration as an administrator of personal data," Shopova has told the Trud daily.

Google has hired a Bulgarian law office for their Google Street View work in Bulgaria but is yet to decide if it will register a firm in Bulgaria, or will work through their office in Ireland. If the latter is the case, that will force the Bulgarian Personal Data Protection Commission to refer any inspections to their counterparts in Ireland.

The Google representatives have stated that the launch of Google Street View in Bulgaria will help boost tourism.