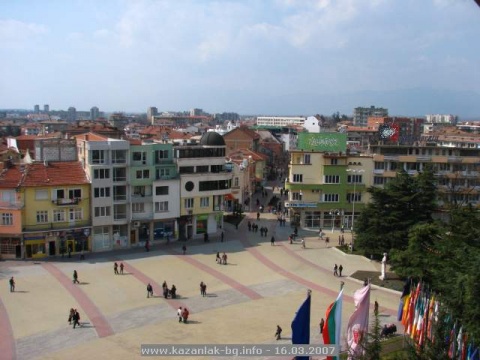 Bulgaria's Kazanlak will see a massive FDI of EUR 200 M in a photovoltaic park. Photo from kazanlak-bg.info

Bulgarian-German company BCI OOD is going to invest over EUR 200 M in a photovoltaic park in the Kazanlak Municipality in Central Bulgaria.

The solar power park will be located in three villages in the municipality – Yasenovo, Cherganovo, and Golyamo Dryanovo.

The investment decision has been finalized after the Kazanlak Town Council voted to provide BCI with a construction permit right for 30 years, the Stara Zagora Chamber of Commerce announced.

To enjoy the construction right for the photovoltaic park, BCI will pay the Kazalnak Municipality BGN 1.936 M, a sum equal to the taxation estimate of the value of the agricultural land, or about BGN 1 100 per decare of land.

According to Nedko Mladenov, CEO of BCI OOD, the investment will open 1000 new jobs for a period of one year, while the construction of the solar park lasts, plus 100 permanent jobs after that for the maintenance of the photovoltaic power plant during its 30-year period of operation.

Once it is realized, the BCI investment will be larged foreign direct investment in the Kazalnak Municipality of all time.